Markos P. Spanos was admitted to the Cyprus Bar Association in 1957 and founded Markos P. Spanos & Co in 1978. Prior to his career in the firm, he served for a number of years as Counsel for the Republic of Cyprus. In collaboration with the Ministry of Labour, he drafted the Law on Termination of Employment, which forms the cornerstone of this particular area of law to this day. He served as the first President of the Industrial Disputes Tribunal (1968 – 1972), and later as Minister of Labour and Social Insurance (1972 – 1978).

Mr. Spanos has a kind and generous nature and has served as president and member of several charitable organisations such as the Cyprus Anti-Cancer Society, the School of Deaf Children and the Cyprus Organisation for the Paraplegic. 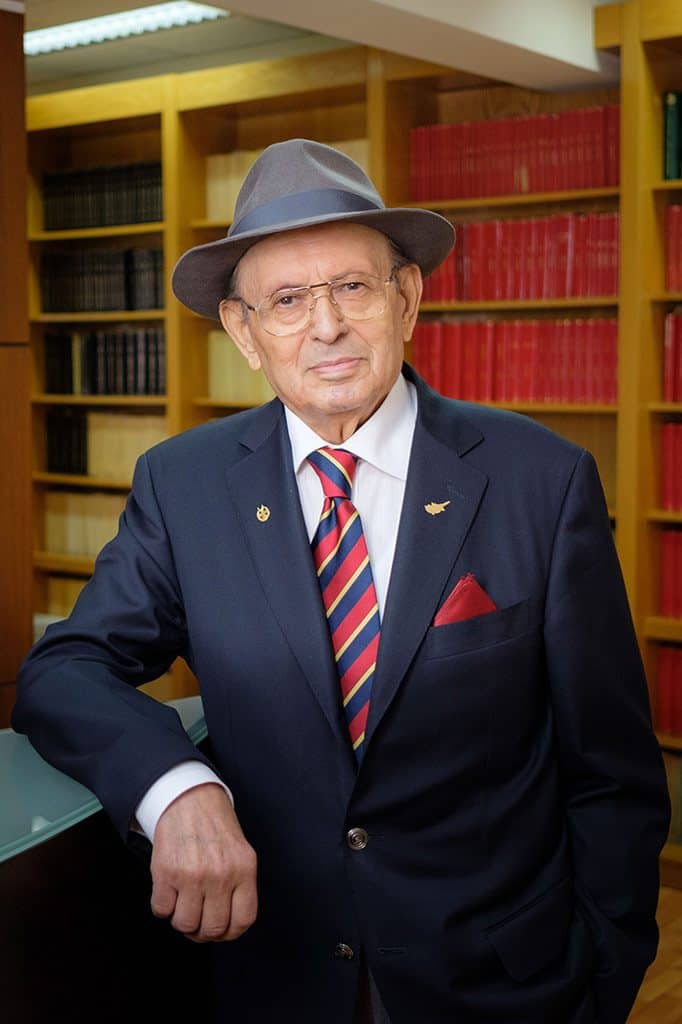